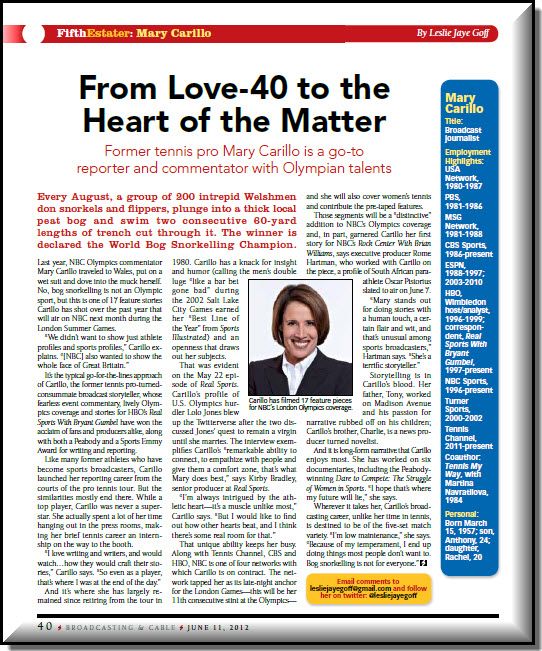 “From Love-40 to the Heart of the Matter,” Broadcasting & Cable, June 11, 2012: A Fifth Estater profile of broadcast journalist Mary Carillo

Author, Get Your IT Career in Gear: Wrote guide to careers in information technology published by McGraw-Hill/Osborne Media, Berkeley, Calif.; 2001