Vintage Clips: Belfast Photographers -- On the Front Lines Every Day 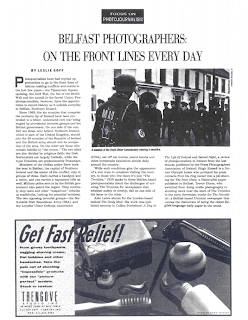 On a trip to Ireland in 1991, I took a train from Dublin, the world's largest village, to Belfast, center of conflict between Irish Nationalists and U.K. Loyalists. It was just before Christmas, when bombings -- and thus checkpoints and police presence -- typically peaked, and it would be seven more years before the "Good Friday" Agreement would signal an end to "The Troubles." It felt to me like it may as well have been the Soviet Union. It didn't feel "free," from the perspective of a 20-something American in the pre-9/11 world. Three newspaper photographers -- Alan Lewis, Hugh Russell and Trevor Dixon -- spoke to me about the challenges of shooting even the most mundane events, never knowing when they might erupt in violence, and of balancing their personal political feelings with getting the best, most newsworthy shot.
Posted by leslie jaye goff at 10:28 AM 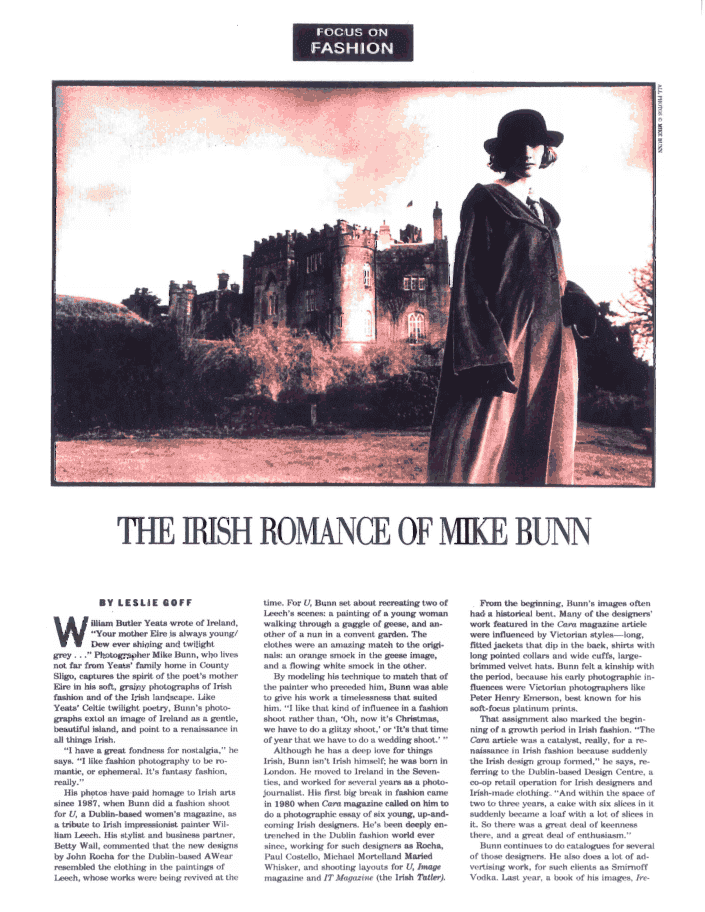 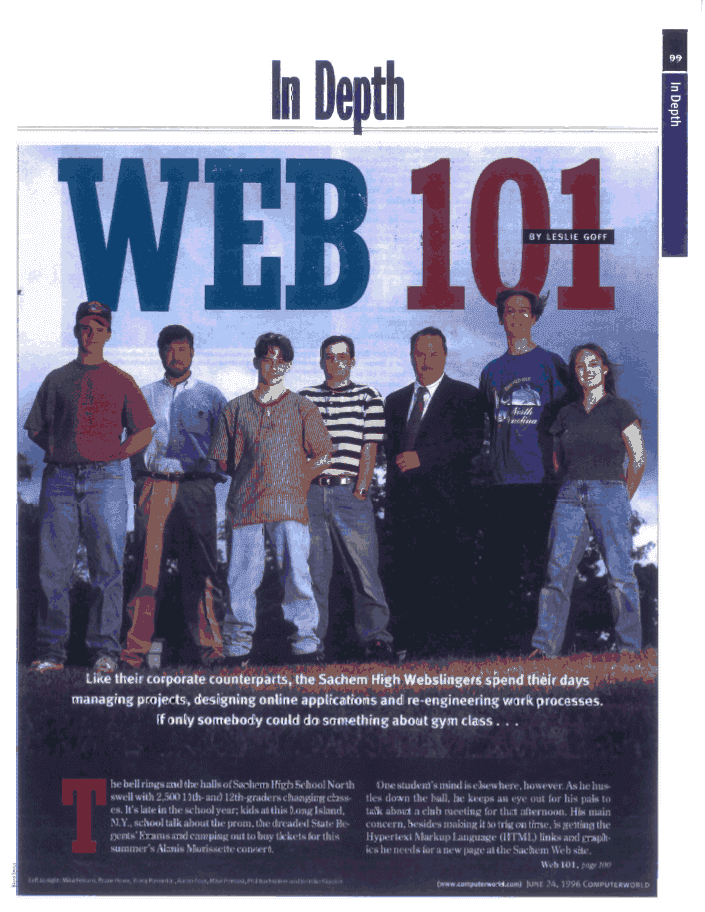 In the spring of 1996, I went back to high school. At Sachem High in Ronkonkoma, Long Island, I spent a day shadowing a 17-year-old who had mobilized his fellow students to build a school website and changed the way students and teachers communicated. Vinny Pasceri's Webslingers was among the first of its kind during a time when you still had to ask traditional brick-and-mortar companies, "Do you have a website?" Today Pasceri is a senior member of Microsoft's Bing development team in Seattle. Follow him on Twitter: @vinnypasceri.
Posted by leslie jaye goff at 7:57 AM

Vintage Clips: The Webbing of the President 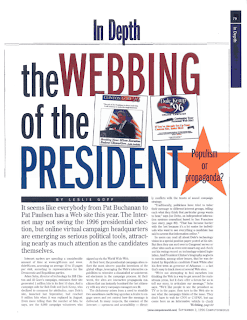 The 1996 presidential election saw the emergence of the Web as a serious campaign tool, giving voters new opportunities to be seduced by populism or put off by propaganda.
Posted by leslie jaye goff at 11:13 AM 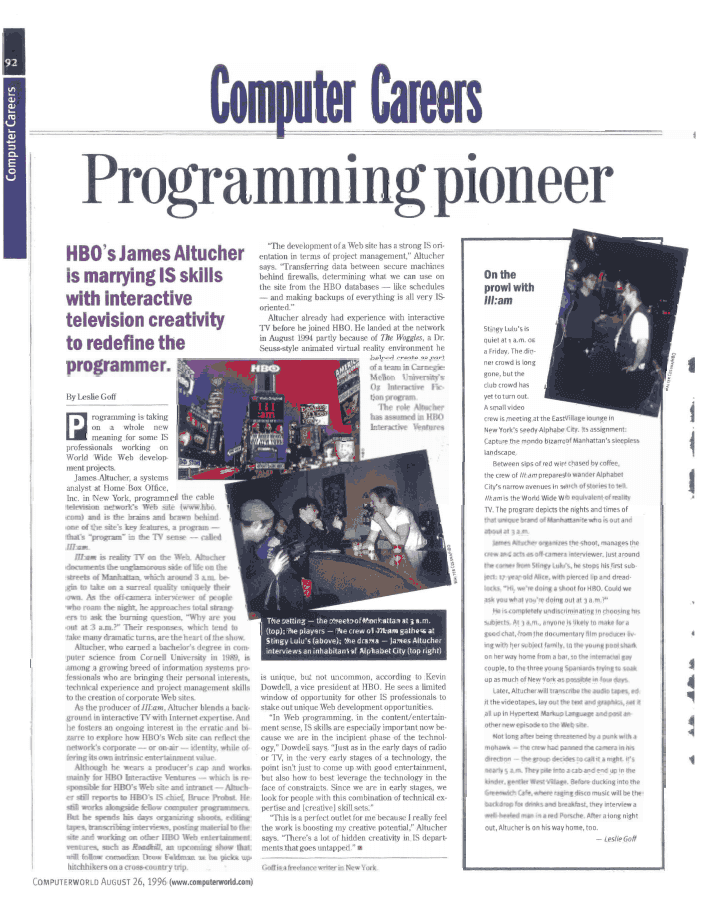 On the prowl in the East Village, summer 1996, with James Altucher, who created one of the Web's first TV series, III:am, for HB0. Catch up with Altucher today at his blog, James Altucher Confidential.
Posted by leslie jaye goff at 9:29 AM